Ford Motor Co. will tout in advertising its high scores on the closely watched Initial Quality Study by J.D.Power and Associates. The scores will help erase the perception that in the USA Ford lags foreign rivals in quality, says Bennie Fowler, Ford’s group vice president of global quality and new-model launches.

The Ford brand jumped from eight place in 2009 to fifth this year. Ford is the highest-ranked non-luxury brand of the 33 brands ranked in the US study. Power asks new owners to list problems in their vehicles, so the study measures perceptions as much as actual quality.

Fowler says the most effective marketing comes when vehicles “speak for themselves”. With high-quality vehicles, Fowler says: “Word-of-mouth starts to spread, and the data show up from a third-party standpoint. And that starts to change the perception of where you’re at over time.”

J.D.POWER’S RANKING FOR 2010 BEST QUALITY VEHICLES IN THE USA: 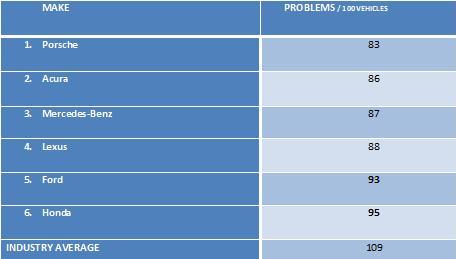